Analysis of temporal responses of NDVI to precipitation in Guaratinguetá-SP using Google Earth Engine: a case study in a rice growing area 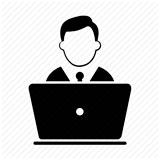 relevant article and shows us the countless uses of geotechnologies and their applications. FELIPE MORSOLETO

NDVI allows to analyze the green mass of the plant and photosynthetic rate, being a great parameter to evaluate crop productivity.